Tips for Building a Winning Team

Every successful independent pharmacy owner knows that a community pharmacy is not a solo undertaking; it is a team sport. And among the most important members of the team are staff pharmacists, who can help manage the pharmacy and run the business. They also know that building a well-functioning team isn’t easy.

Two owners who have built successful teams where staff pharmacists play a key role are Armando Bardisa, owner of South Miami Pharmacy, and Scott Campbell, co-owner of Ocean Pharmacy in Charlestown, Rhode Island. Based on their experiences, Armando and Scott offered the following tips for finding, hiring, developing and keeping great staff pharmacists:

The ability to find great pharmacists, develop them and delegate to them has significant personal and business results. For example, having a strong team in place has freed Armando from some aspects of the day-to-day operations to open a second store, and Scott’s strong team gives him the comfort to take a well-needed vacation with no doubt that his store is in good hands. 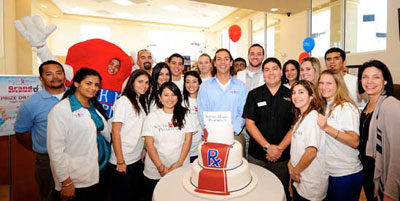