Promoting Your Pharmacy with Videos Is Easier than You Think

When marketing experts made their predictions for what would be big in 2015, use of video for marketing purposes was a dominant theme.1,2 The good news for independent pharmacy owners with a tight budget is that creating videos is easy and inexpensive, and YouTube provides an effective platform for sharing them.

“The only way to compete with a giant conglomerate is for people to know you,” said Eli Katzoff, owner and operator of StormPort Productions, which creates high-definition videos for business. Video allows you to tell the story of who you are with emotional impact and how your pharmacy is different, connecting you with your audience.

Thanks to inexpensive, high-quality video cameras (including those on smartphones) and YouTube, you no longer need a professional team to produce a video people will watch. “No one cares anymore about how pretty the images are or how well they are edited,” said Katzoff, who said his clients sometimes ask for an amateur style. “You can do it all yourself and almost free.”

While YouTube lowered the bar on production quality, Katzoff said, it raised the bar for personality, with viewers expecting a real person to come through on camera, rather than a well-rehearsed executive delivering a prepared speech. With an effective video, “People feel like they know who you are and want to connect with you,” Katzoff said. That can draw them into your pharmacy.

If you’re uncomfortable in front of a camera, find the person in your pharmacy who people will connect with, Katzoff said. “People want to know who their pharmacy tech is.”

Getting Started Is Easier than You Think

Watch the Brandon Health Mart Pharmacy videos on YouTube and you’ll get to know owner Tom Wullstein and his sense of humor, learn about health topics, and see what his pharmacy can offer. The pharmacy has more than a dozen videos all created by Wullstein.

To demonstrate how to use his pharmacy’s mobile app refill, he used his smartphone to record himself using the app on his wife’s phone. The video is less than two minutes and he shot it on a slow day in his pharmacy. To date, nearly 500 people have viewed that video and nearly 6,000 have watched his demonstration of the Health Mart® brand True Results Meter for blood glucose monitoring.

But view counts alone don’t tell how effective a video is for marketing. Wullstein knows his videos are drawing customers when people come into the pharmacy and, for example, ask for the offer he made at the end of his “Fish Oil Basics” video, $1 off their first bottle of any Health Mart fish oil capsules and $5 off Health Mart krill oil. 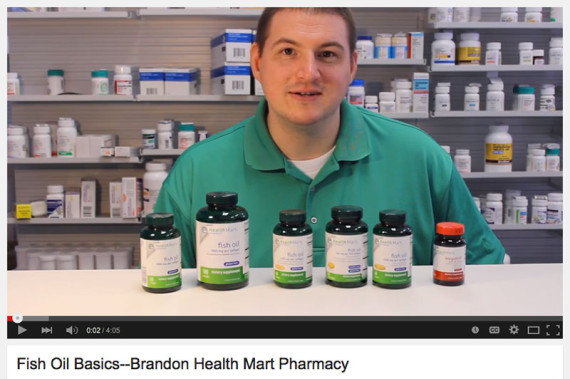 Use these recommendations from Katzoff and Wullstein to create videos for your pharmacy:

Because YouTube is a Google product and connects with Google+, posting videos with keywords there also can benefit your search engine optimization, placing you higher in the ranks of Google searches. Plus, Wullstein noted, “The more content you have, the higher ranked you are.”

Once you develop the mindset of turning ideas into videos, they become easier to produce quickly. For example, in October Tom Wullstein had taken a video of his young daughter dancing in the pharmacy. A week later, when he wanted to promote flu vaccines, he posted that video on Facebook with the caption: “Hannah is dancing because she got the FluMist nasal spray instead of a shot. School is out, but we are open. Come in and get your flu vaccinations out of the way for the year!” A video of a little girl dancing is just the type of thing that can grab the attention of Facebook users scrolling through their news feeds.

“People don’t like being sold to,” Wullstein noted, but they do appreciate visual storytelling.

Share a link to your pharmacy’s video and tell us about it in the Comments section below.